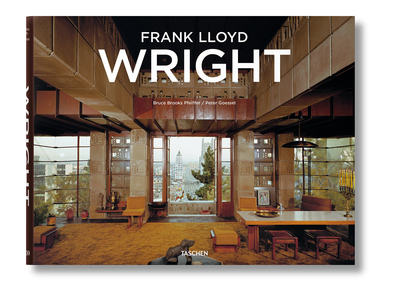 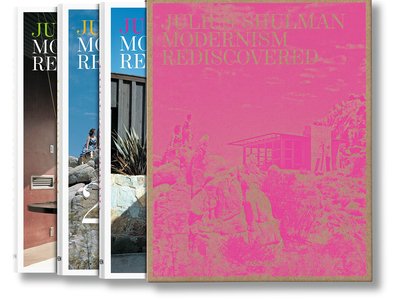 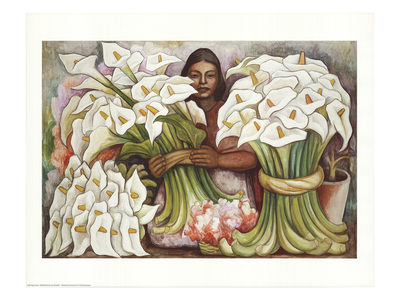 A building by Frank Lloyd Wright (1867-1959) is at once unmistakably individual, and evocative of an entire era. Notable for their exceptional understanding of an organic environment, as well as for their use of steel and glass to revolutionize the interface of indoor and outdoor, Wright’s designs helped announce the age of modernity, as much as they secured his own name in the annals of architectural genius.This meticulous compilation from TASCHEN’s previous three-volume monograph assembles the most important works from Wright’s extensive, paradigm-shifting oeuvre into one authoritative and accessibly priced overview of America’s most famous architect. Based on unlimited access to the Frank Lloyd Wright Archives in Taliesin, Arizona, the collection spans the length and breadth of Wright’s projects, both realized and unrealized, from his early Prairie Houses, through the Usonian concept home, epitomized by Fallingwater, the Tokyo years, his progressive “living architecture” buildings, right through to later schemes like the Guggenheim Museum, New York, and fantastic visions for a better tomorrow in the “living city.”Author> Bruce Brooks Pfeiffer, who served as Wright’s apprentice during the 1950s, discusses recent research on Wright and gives his own insights on these game-changing buildings.The AuthorBruce Brooks Pfeiffer became Frank Lloyd Wright’s apprentice at the Taliesin Fellowship in 1949. In 1957, he attended the Ecole Nationale des Beaux-Arts in Paris, returning in 1958 to continue his apprenticeship with Wright until his death in 1959. He was director of the Frank Lloyd Wright Archives, a vice-president of the Frank Lloyd Wright Foundation, and author of numerous publications on Wright’s life and work.The EditorPeter Gössel runs an agency for museum and exhibition design. He has published TASCHEN monographs on Julius Shulman, R. M. Schindler, John Lautner, and Richard Neutra, as well as several titles in the Basic Architecture series.