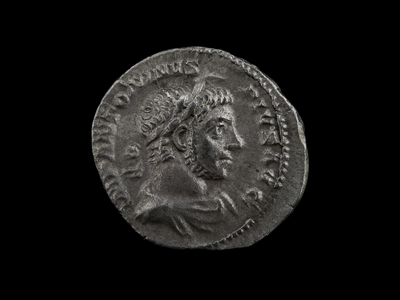 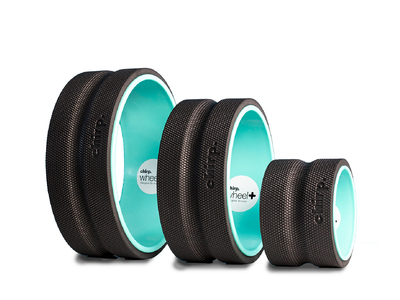 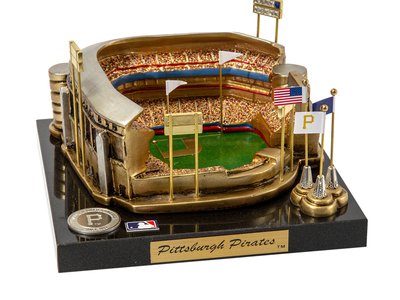 Obverse: IMP ANTONINVS PIVS AVG, laureate and draped bust right with horn on forehead.Reverse: SACERD DEI SOLIS ELAGAB, Elagabalus standing right, sacrificing over lighted altar, holding patera and club; star in right field.Elagabalus, also known as Heliogabalus (Latin: Marcus Aurelius Antoninus Augustus; c. 204 – 11 March 222), was Roman emperor from 218 to 222. A member of the Severan dynasty, he was Syrian, the second son of Julia Soaemias and Sextus Varius Marcellus. In his early youth he served the god Elagabalus as a priest in Emesa, the hometown of his mother’s family. As a private citizen, he was probably named Sextus Varius Avitus Bassianus. Upon becoming emperor he took the name Marcus Aurelius Antoninus Augustus. He was called Elagabalus only after his death.Annona (from Latin annus, year), in Roman mythology, is the personification of the produce of the year. She is represented in works of art , often together with Ceres , with a cornucopia (horn of plenty) in her arm, and a ship’s prow in the background, indicating the transport of grain over the sea. She frequently occurs on coins of the empire , standing between a modius (corn-measure) and the prow of a galley , with ears of corn in one hand and a cornucopia in the other; sometimes she holds a rudder or an anchor .A denarius (plural denarii) is an ancient Roman coin made of silver. Like most countries, ancient Roman coins represented a portion of a larger denomination. The smallest denomination issued at the time was the as (plural asses). A denarius functioned similarly to the United States penny in today’s commerce.